Get pre-approved for your next Auto Loan

Cover your loved ones' dreams with life insurance.

About
Down East
Credit Union 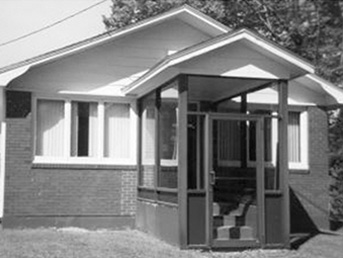 Downeast Credit Union began as St. Croix Federal Credit Union, founded in 1941 by
the employees of St. Croix Pulp and Paper Company. In 1985, a community charter
was granted to include the towns of Princeton, Baileyville, Baring, and Calais.

In March of 2006, we changed our name to Down East Federal Credit Union. In
November of 2006, we converted from a federally-chartered to a state-chartered credit
union, with a name change to Down East Credit Union. This change allowed us to
continue with our plans for growth and expansion, while keeping our federally insured
status. In 2006, we opened a branch in Bangor, built new offices in Machias and Unity
and opened a branch in Calais.

In 2007 a merger between Bowdoinham Federal Credit Union with offices in
Bowdoinham and Richmond was presented to membership. With the approval of
members of both credit unions, the merger was approved and official on July 30, 2007.

In 2010 we built a new office in Topsham and moved the Bowdoinham Branch and the
HUB of Downeast Insurance, LLC to the new location. We moved our Richmond office
across the street to a brand new building in December 2011. During May 2016, a new
office in Calais was constructed to replace the credit union’s leased space of 750 square
feet, expanding to a full-service branch.

In 2018, Downeast Credit Union purchased a Baring location which now serves as our
administrative offices. Additionally, the Board and Leadership developed a plan to
position the credit union for growth into the future and was approved for a name
change to Downeast Credit Union. Long-time President/CEO, David Tozier, retired
after 23 years of service to our organization and the Board appointed Joe Moses as
the new President/CEO.

In 2022, our Bangor branched closed and relocated the Team to our new Brewer site.

Be part of a financial co-op where your membership matters to others and the communities we serve.

For our members’ convenience, links are available in this website to allow quick access to other sites that may be of interest. Clicking on a third party link will take you out of Downeast Credit Union’s website to an alternative website not operated by DECU. The Credit Union is not responsible for the content of the third party website and does not represent either the third party website or the member if you enter into a transaction. Privacy and security policies of the website to which you are linking may differ from those practiced by DECU.